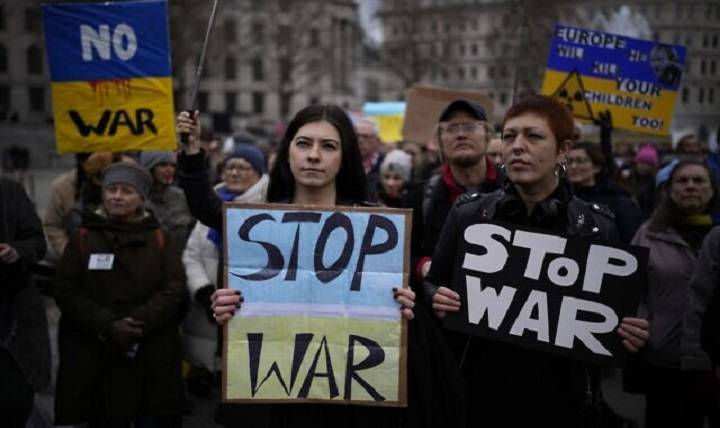 The future of Ukraine is at stake. People in the international community are making new diplomatic moves, but there is still a risk of all-out war. If Russia attacks Ukraine again, the consequences will spread far beyond the two countries. Middle Eastern and North African countries are the most at risk.

People in Europe will have to deal with new problems because of the fight going on in Ukraine. Despite not replacing Russia as Europe’s leading energy supplier, the Middle Eastern and North African states have become more potent over the West. It may be hard for the Biden administration to shift their focus away from the Middle East and toward Asia because of this. Like efforts to open oil pipelines between Algeria and Morocco, European diplomacy could benefit from this change.

Because of rising tensions between the West and Russia, efforts to stabilize Libya and Syria are likely to be slowed down or even stopped. As a result of a full-scale war between Russia and Ukraine, energy and wheat prices worldwide could go up.

In light of the conflict in Ukraine, Europe’s dependence on Russian gas is brought to the fore again. Because of the current situation, there is a lot of fear that Russian gas supplies will be cut off. Existing energy shortages would worsen, making things even more expensive for Europeans who are already struggling with skyrocketing living costs. It looks like a good idea to switch from Russian to Middle Eastern gas. There is a fine line between what you say and what you do.

Energy from other sources has been chiefly focused on Qatar, the world’s second-largest LNG producer. Since the end of January, Washington has been trying to get Qatar to change how it sends gas to Europe. Production in Qatar is at a low point, with a lot of the country’s oil tied up in contracts with big Asian buyers. If the U.S. doesn’t get Asian partners to let some of their gas go to Europe, which is at an all-time high, there won’t be any more gas available.

Qatar’s bargaining power is more robust because Saudi Arabia and the United Arab Emirates don’t have the same amount of LNG production and export capacity. Other than that, Saudi Arabia is an integral part of the world’s energy balance. A war between Russia and Ukraine could make the prices of Russian oil even higher, which would make things even worse for everyone.

Due to Algeria and Libya’s status as possible gas suppliers, North Africa could be a solution to Europe’s energy problems again, as well. However, this would also have a lot of downsides, like the fact that North Africa’s unstable politics could make it hard to keep supplies stable.

Because of rising tensions between Algeria and Rabat, energy exports from Algeria to Spain have already been cut off because of this. As a result of the Ukraine issue, more Europeans may help mediate the disagreement. The long-standing animosity between the two sides doesn’t look like it will be resolved quickly. There is still a chance that Algeria could give Europe LNG or send more gas to the east through an Italian pipeline.

With Libya’s political turmoil and the looming conflict, the country makes for an uncomfortable energy partner, mainly because it doesn’t have a lot of extra production. Europeans can back whoever they think can keep western Libya, home to a critical gas pipeline, stable in the short term. However, this is not a long-term answer. It’s possible that Russia could use its power in eastern Libya and its oil fields to stop energy from getting to Europe, making things even more complicated.

Russia’s fight with Ukraine could give the Middle East and North Africa more power. As energy supply and demand change, they will try to use these changes to help them. This will happen in January 2022, when the United States will make Qatar one of its most critical non-Nato allies. Europe will have to come up with a deal with Qatar in the end. The European Commission, which has been looking into Qatar’s alleged abuse of long-term contracts for four years, maybe the most important thing for them to look into.

When Saudi Arabia’s Crown Prince Mohammed bin Salman (MBS) killed Jamal Khashoggi in 2018, he became the wrong person worldwide. For example, Riyadh could use U.S. and European demands for more oil to re-establish strong ties with the Western powers. Possible: Joe Biden could meet with Saudi Arabia’s King Salman, and the U.S. could back off in general.

As long as the West wants to keep Turkey and other countries in the region on its side, moral and human rights concerns are likely to get lost in the midst of all of this.

This will likely make human rights and principles less critical than the West’s desire to keep Turkey and other countries in the Middle East on its side.

Europe and Russia could get angrier over Ukraine, making it more difficult for Europe to help people in Syria and Libya. Russia has already put them in the wrong position. If there are more tensions between the West and Russia, the chances that they can work together to find political solutions to these crises will go down even more.

As a result of the unrest in Ukraine, Moscow may use its power in Libya to put pressure on Europe, for example, by putting more sanctions on them or taking other steps. Moscow may have less power in Syria because it almost owns the conflict and wants the West to help stabilize the Middle Eastern country. Even if the situation in Ukraine keeps getting worse, even the slightest progress on humanitarian issues between Russia and the United States could be slowed down by the fight there.

As the war between Russia and Ukraine gets more intense, it could significantly affect wheat shipments from the two countries. Russia and Ukraine make up about 29% of the world’s wheat exports. This would make the problem of food insecurity even worse at a time when food prices are going up because of pandemics.