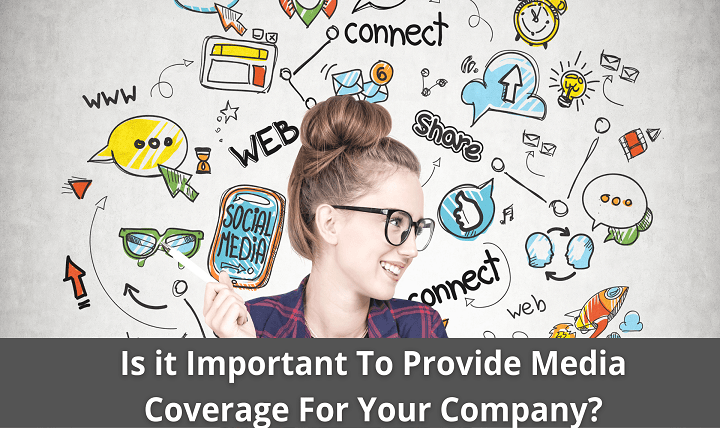 There have been a lot of changes in the media landscape over the last few years. Newspapers have shrunk, more people are getting their news online (sometimes for free), and the number of journalists working for actual newspapers has gone down.

The fact that you don’t get much media attention doesn’t mean that your marketing and outreach efforts are less critical. Media coverage that shows your company in a good light and increases its credibility is still an excellent way to market your business for many different reasons.

If you want to get your company’s story in the media, it’s more complicated than it used to be because of how the media has changed. If fewer full-time or even part-time contributors are, they may have biases that aren’t good for your marketing. There are also fewer reporters and resources for them to use.

This problem of finding out what the media wants and how to help them show your company in a good light is still essential.

Having a face behind your company, like the CEO or a prominent spokesperson, can help people trust your business.

A single story can reach tens of thousands of people with your company’s message and essential facts.

You might have a better reputation because a positive story comes from a third party who isn’t biased in your favor.

You can get your company’s name in front of the media to spread the word about your business, but it also helps you build a personal connection with your customers.

Media relations and coverage are not just about selling your products or services. They are also about making your company seem credible to the public, which helps people trust you. Even if you’ve had bad things said about you, you can still use this strategy in your favor.

It is said that businesses are influenced by what the media says in several ways. People will remember which company got the most attention for doing the same thing.

Also, different stakeholder groups can use the media to spread their message, which affects a company.

This is just like it was in the past. Today’s word spreads faster than at any time in history. It can’t be overestimated how important media attention is to public relations. This should be kept in mind and worked on even more. It can significantly affect the work that many non-profit organizations and community groups do if they get a lot of good media attention.

Efforts from other people can make things that are good even better. If people know what your group has done and what it does, they are more likely to help you. The more help you get, the more likely you are to make a big difference in other people’s lives. As long as organizations don’t let their desire for media attention get in the way of finishing their work, it can make a difference in how people live.

In what ways does the media play a role?

It reaches more people and helps you get your point across. Information is spread through a wide range of media, which are television, newspapers, and radio. Your group’s story will get more attention because of media coverage than it would have without it.

Your message can be aimed at the people you want to reach.

If a community group or organization focuses its media attention on a particular area, it can reach almost any part of the public. For example, a small, local community group will likely focus its efforts on local newspapers, radio, and TV. For a more significant event or a more extensive community group, it may be necessary to look for coverage outside of the local media.